Chinese street fashion is not something new to the fashion world it was already there it’s just becoming so popular because of TikTok videos in which people are liking the vibe of a stylish model coming down or walking on the streets of china with slow-motion effect. And if you are the one who got influenced by all those videos and you wanted to try out Chinese street fashion then you landed on the right place because in this blog post we are going to tell you about

Aren’t you aware that Tiktok Chinese videos were breaking the internet, have you ever thought that why Chinese video was more famous, even in that video the model or the person was doing nothing more special but those type of videos were Breaking the Storm just because of the fashion sense of actors or models?

Some of my friends put a video of ‘Chinese models walking on the street’ on their WhatsApp status. This is no wonder, the real wonder is that I use to watch the full video, even there is nothing special, just a walking video.

Do you know why, because it’s attractive and eye-catching just because of their fashion sense, their outfit, and their style? I am pretty sure that you have also watched those types of clips just to examine the outfits and tempting fashion.
As the majority of us do not use such type of dress but we always we can. This is our simple wish if we can dress up like that. it’s a side of fashion that a lot of us here in our country are not used to seeing.

So friends, in this article we are going to know something new and something more about Chinese Street fashion, which is in trend. First, we will discuss different styles of clothing and fashion, they are inspired.

4 Things You Need to Know About Chinese Street Fashion 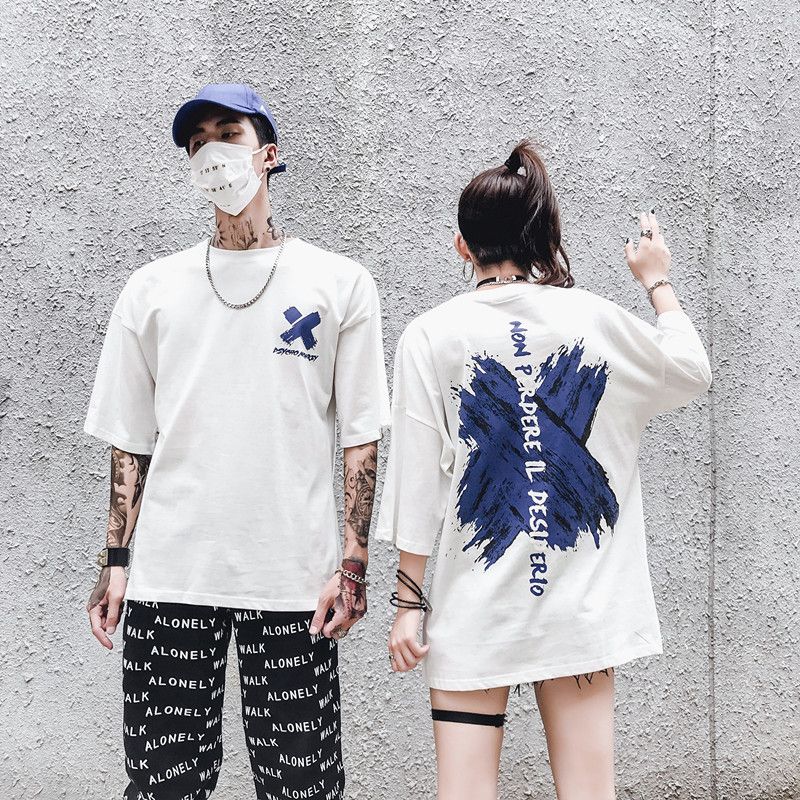 You know Hip Hop is a movement created in the 70s and 80s by the African American community in New York. (If you want to know how hip hop influenced the fashion industry, Have a look at our other article ie 80s men’s fashion). Hip-hop is a highly innovative music genre, it also influences the fashion industry too much.

Fashion becomes a method of expression for the artists and you know that the community of hip-hop made their own rules rather than following main stram fashion trend.
Chinese Street fashion highly inspired by Hip Hop artists. 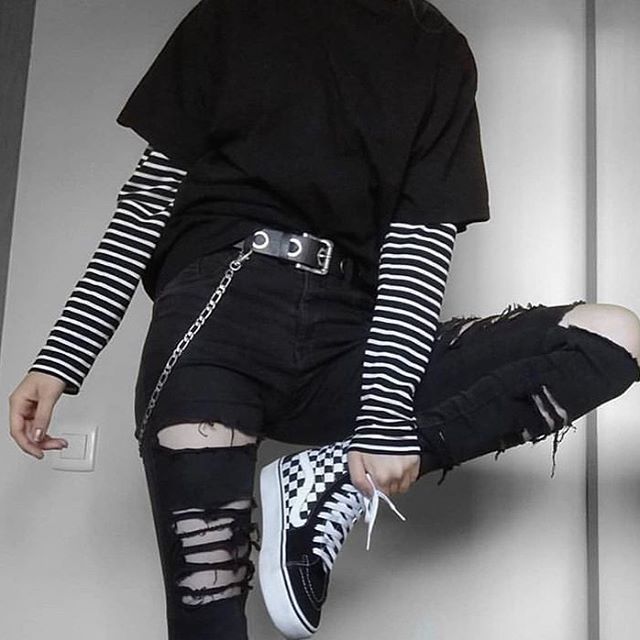 Well, this is not an official name of the fashion genre, but we can call them internet-inspired design.
Suppose you are watching anime or animation movie, and you desired to wear those type of outfit which is worn by your favorite character than what will you do.

This is something difficult task but you decided, whatever it takes, I am going to follow that anime trend and you started to wear your own design clothes which are inspired by tv and the internet. When you expose it to the public, you thought it is funny but boom, it breaks the norm and everyone likes you, and this design is followed by youths.

This is what I am talking about. The style is one of the broadest genres of clothing. It is considered a combination of long-standing parts of internet culture, such as anime, k- Pop, and skater culture.

Outfits often consist of sweaters, jackets, and layered skirts with baggy pants and Chunky boots. Metalwork like chains, also work as fashion accessories and gives a classic look
One of the most famous looks of this category is school girl skirts, also called skater skirts, thigh-high knee socks, and school girl shoes. (as you have seen in most Chinese short videos)

Makeup fashion for this trend, Generally makeup is applied just to look younger. Have you ever noticed that the model seen in reels look much younger than they actually are? Makeup also includes dyeing hair with bright colors.

This look aims to look edgy and alternative in a cutesy way. The motive of achieving the look is to be more of a persona on the internet. And well they achieve this, as they became viral. These Chinese Street fashion stylists bring some of the most outstanding parts of this look to real life, which is what makes them so eye-catching and attractive. 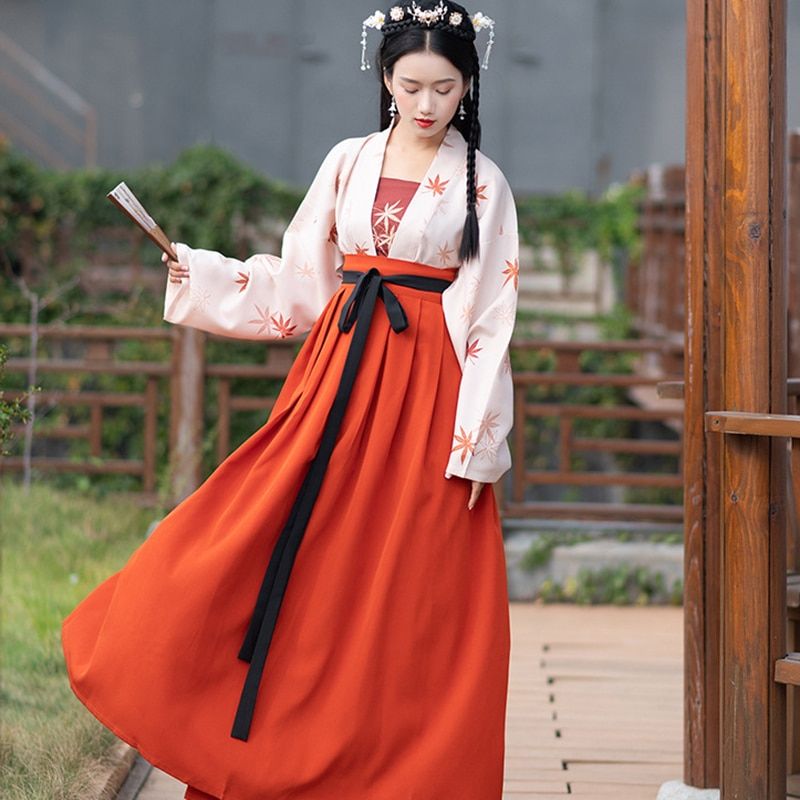 Also, the new generation of China decided to show their appreciation for this fashion and their traditional culture by wearing full traditional clothes in everyday life.
Well, there is no doubt that Hanfu is a stunning outfit, but nobody thought that it could be a part of Chinese Street fashion, People truly get creative and supportive when traditional Chinese outfits came into modern styles.
To achieve this look you don’t have to work more, just put on a traditional outfit but with a modern twist. the traditional outfits don’t have many layers but if you create some unique patterns and mess fabric to show some skin, you can get this amazing look and this look is will be also supported by conservative people around you.
Chinese Street fashion is fascinating to a global audience because it doesn’t depend on one specific style. it also doesn’t reduce its creativity to be normal looking.
Those stylish people embrace the fashion that sticks with the crowd.  They do not shy away from experimenting with elements of different styles and combining them to create something unique.  In Chinese street fashion, there is always something for everyone. 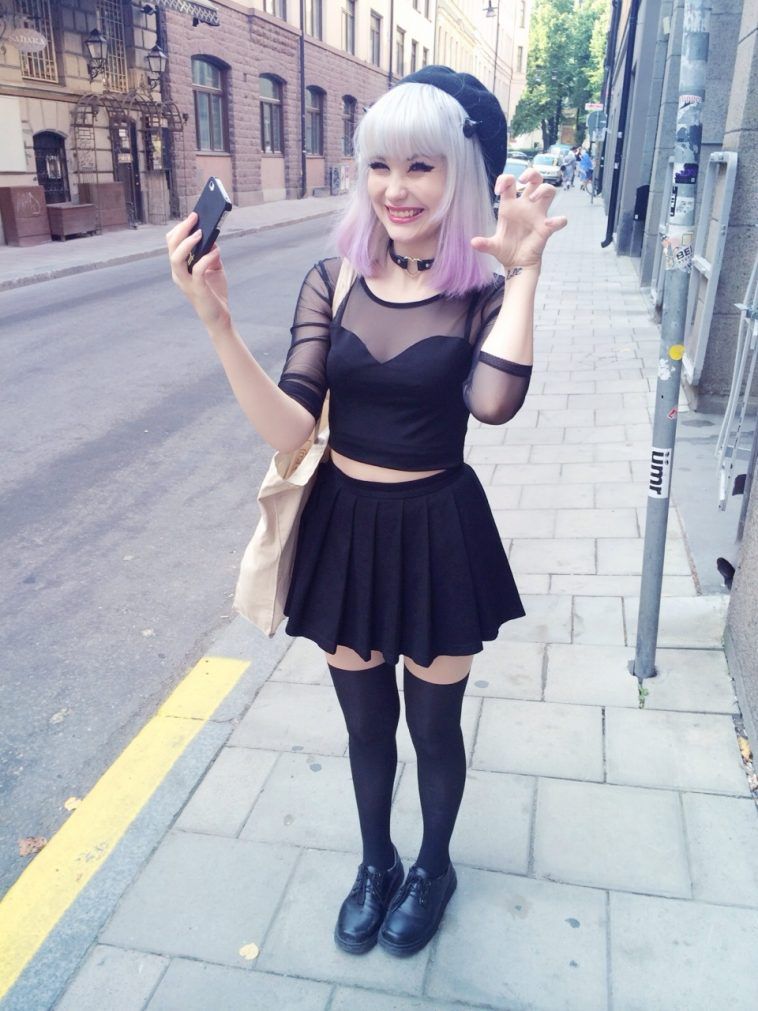 Well, this is also a Chinese Street fashion that was inspired by the music genre Gothic rock. The name pastel Goth also derived from the word Gothic rock. This is a subculture and a fashion style that was developed in the United Kingdom during the 80s.

You can also call it LOLITA inspired because these types of fashion are also inspired by styles shown in gothic literature and gothic horror films.
Some find gothic style creepy, some find it cute but a majority of people call it creepy cute. Isn’t it interesting, sounding like, it is good but it is also bad?
-The main theme of the Gothic style is a mixture of Colour scheme pastel, cute factors, and also it has horror elements. Chinese Street fashion brings it back to the mainstream. It also encourages incorporates new elements. In street fashion, it is on its peak popularity even after 10 years.

It is not that you cannot copy this fashion.  You can also do it and give yourself a different look. Whenever you see such clothes in a video or in a photo, you must have the same desire in your mind that oh this is very easy.  , That’s why just try a little bit and with a little bit of your mind, you too can achieve it.

Chinese Street fashion doesn’t develop by rocket science, it’s the Chinese traditional costumes that are the real Treasure handed down from ancient China to the present.  As a number of traditional Chinese garments made popular in the countries streetwear is highly inspired by traditional wear.
There are many reasons behind the popularity of Chinese Street fashion, of course, its look, but one of most important is also that Chinese fashion is generally gender-neutral like most of the outfits can be war by men and women both.
If a cloth or outfit is gender-neutral then there is a high chance that it will become popular, as it stops the discrimination and became the symbol of gender equality.

Next time, If you see Chinese fashion in reels, You will be delighted to know that what is the origin of Chinese street fashion and how it came in trend and ruling the internet just by giving a twist to their fashion culture.
Hope you all liked the article and do share this information with friends and family.

For more, have a look at our other fashion-related articles as they are also informative and gives you the true knowledge of fashion.